UpcycledHOME Magazine: Reader’s Spotlight – Tamara Cox of Painted Treasures by Mom and Me 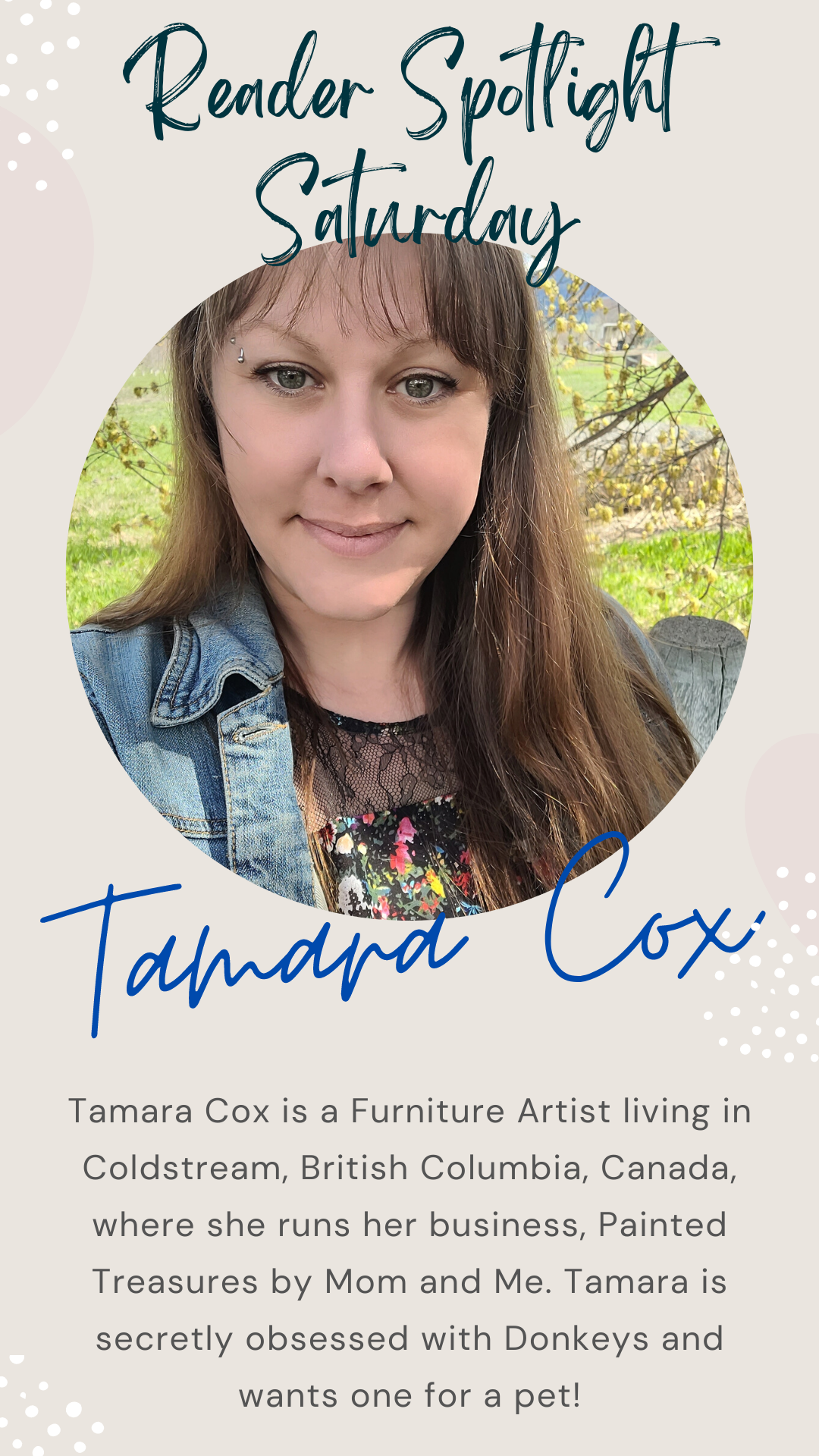 Tamara: Success to me is having others love my work as much as I do and to see others find joy in what I’ve created.
UpcycledHOME Magazine: Who inspires you?
Tamara: I started my painting journey a few years ago side by side with my mother who was an incredible artist, sadly she passed away in early 2020. She was and remains my biggest inspiration.
UpcycledHOME Magazine: If you could choose anyone as a mentor, who would you choose and why?
Tamara: I follow Brandy from Brushed by Brandy on Facebook, her vision and work are outstanding. I would love to have her as a mentor and have her teach me her ways. Can we just talk about the difficulty of blending and how she makes it look seamless?
UpcycledHOME Magazine: What advice would you give to someone who wants to start upcycling furniture?
Tamara: Start with the basics, watch lots of online videos and just have fun with it. I always say just go for it, it’s just paint, you can always paint over it.
UpcycledHOME Magazine: What’s one thing — either upcycling-related or not — you learned in the last month?
Tamara: I love using gold leaf on its own but have recently seen it used with a stencil to create more of a deliberate design, I will definitely be trying this.
UpcycledHOME Magazine: What’s something about you (a fun fact) that not many people know?
Tamara: I am secretly obsessed with Donkeys and want one for a pet.